The Pentatonic major scale is a major scale without the fourth and the seventh notes. In one of the most classical versions, it eliminates all the half tones intervals, creating a stable and strong major movement. In the handpan, the Ding acts as the fifth of the scale, creating resolution towards the first lowest note. By having five tones over eight or nine notes, the result is also the natural repetition of three notes over two octaves, creating full resonance and brilliance. Along with a stable and consonant progression, it can be played over minor and major scales alike, representing a good choice for beginner players who wish to focus on percussion. 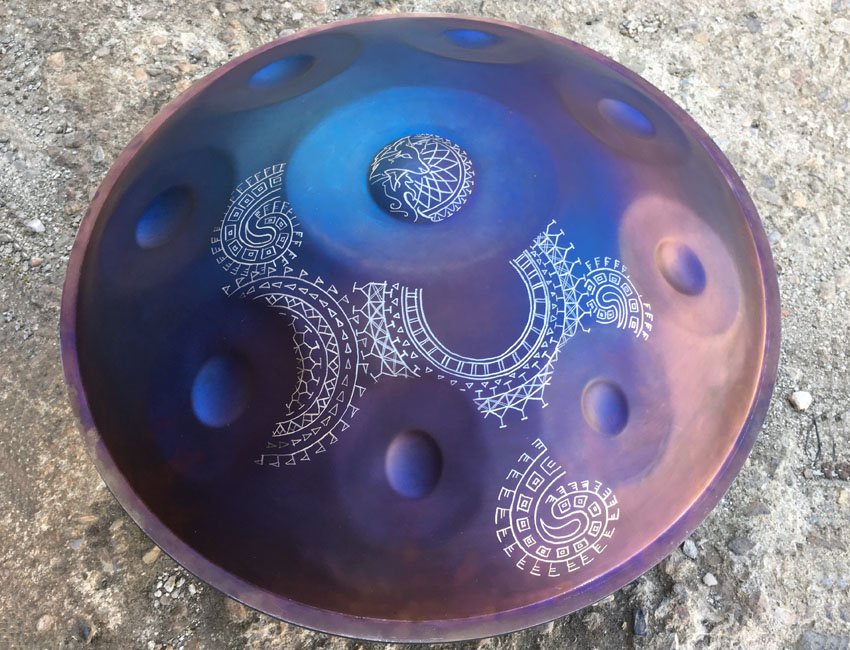 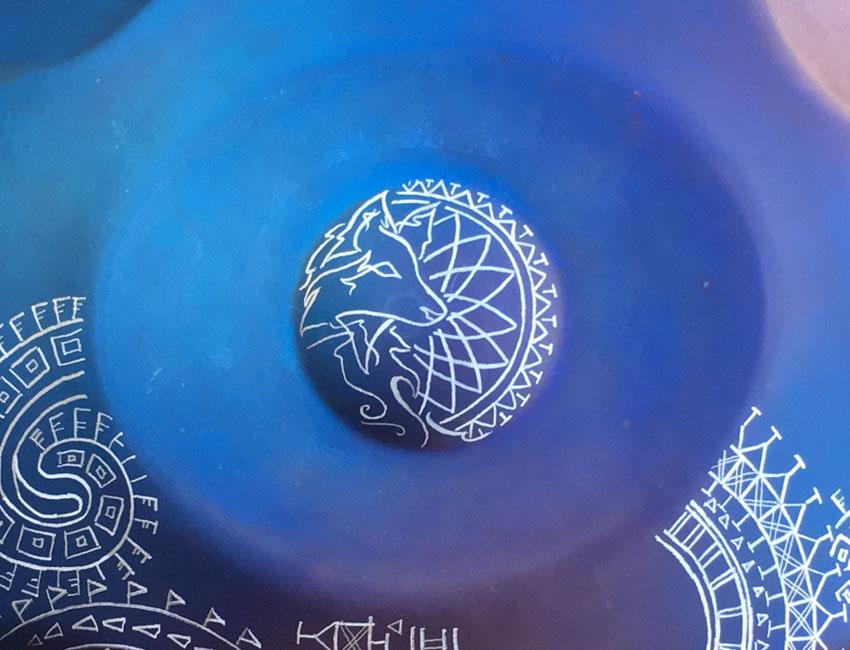