The Blues handpan scale is an experimental, yet effective handpan version of the world famous blues scale. The Blues scale is a minor pentatonic with the addition of a chromatic note between the fourth and fifth degree, the famous blue note. The flat fifth interval, also known as the Devil’s Interval is the trademark of a music genre that’s the sound of rebellion to slavery and of generations of musician since the 19th century. Originally intended mostly for guitar and piano playing, the blues scale has found its way into this young instrument, delivering amazing results that will enable percussionists to play over the progression of the blues scale.

These versions differ just over the function of the Ding. The root note is the first note of the lower register; in the first version, the Ding is the fifth of the scale, the dominant note that tends towards its resolution over the root. In the second version, the Ding is the fourth note of the scale, emphasizing the basic blues progression I7-IV7-V7. 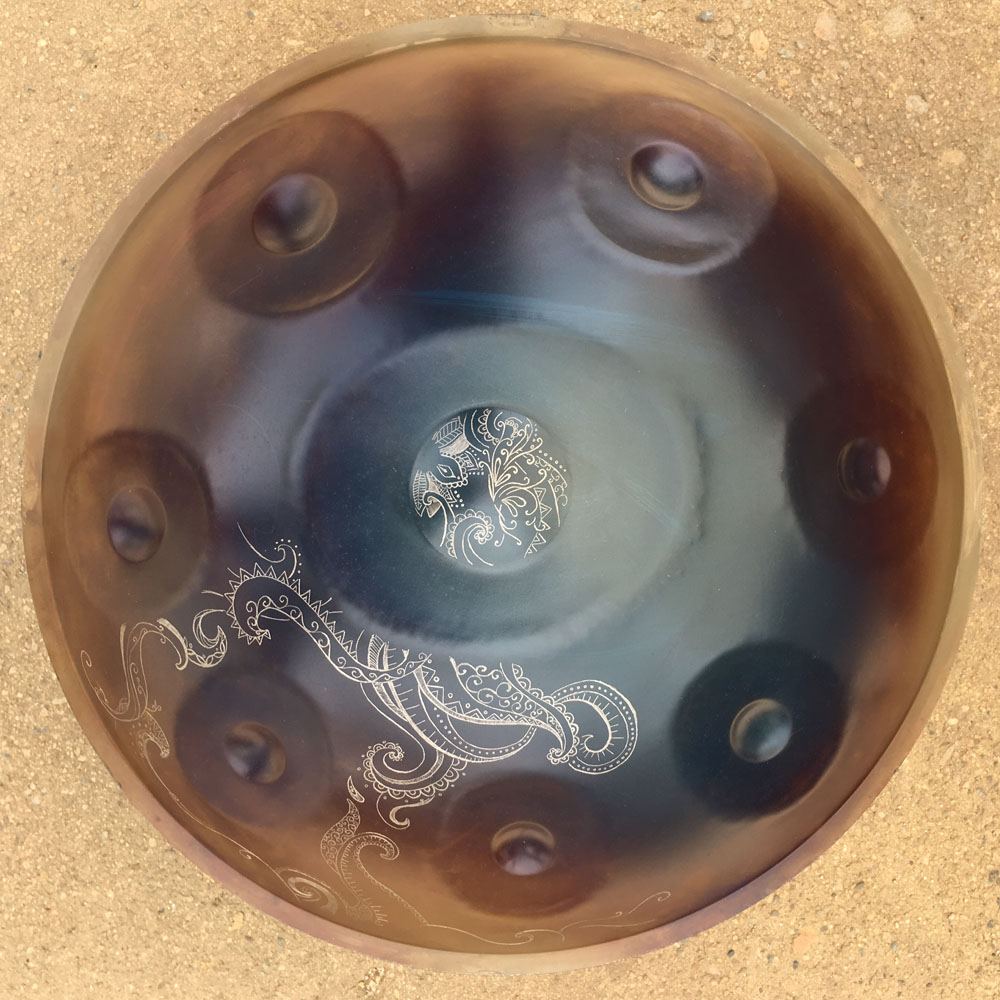 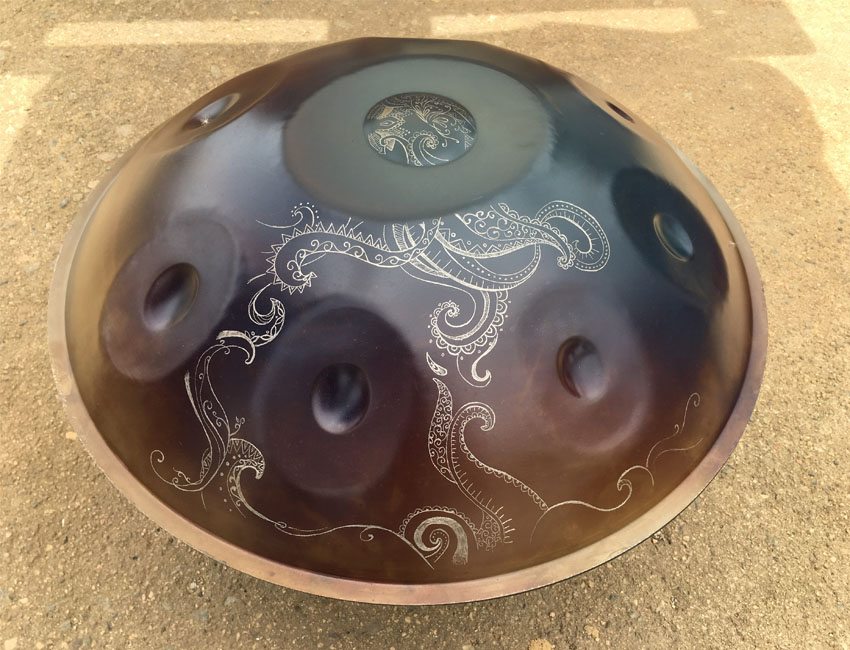